I found a LOT of wild garlic today, even though it was still freezing the last few nights. That was a special gift on February 14 = Valentine’s Day

The wild garlic near by the water was MUCH more ethereal and much hotter, almost took my breath away… unfortunately still very small.

(Caution: if you want to collect wild garlic, there is a high risk of confusing it with lily of the valley, which is highly poisonous! so please take someone with you who knows! the general statements that you can recognize wild garlic by its smell are just as dangerous, because picking it sticks the juice and thus the smell on your fingers and if you accidentally pick a poisonous plant, you won’t even notice it if you are uninformed!)

But it was VERY BEAUTIFUL in the forest😊🙏

Thank you dear Grandmother Rain 💦
Thank you for your Blessing 🤗💝

It was really relaxing, although still „bare“ in winter ~ and I saw/ interpreted many signs again. 😊 Special growth forms of trees and what they show us. I’ll make a new post about that.

In places where it used to be very dark and seemed almost repellent, it was now „light“!

The wooden bridge from 2003 was completely gone – probably washed away by flooding. That’s good, because it might have become unsafe for the people and it’s better if it was washed away ~ and than a new one is needed.

In the places where there used to be free “empty” areas, there are now fallen trees like Micado. It’s an alluvial forest and it lives from the fact that everything stays where it is. At first glance, this seems chaotic, but creates its own biotope.   And if you’re with your bycicle, you just have to lift it over it.

I had a very positive conversation with some women about the power of the fallen, uprooted trees, which still have buds and blossoms. 💚💝 The woman was very touched by this great power (SHE said and shows to me) ~

In instructions for EARTHING from shamans it often comes up that we should/can root ourselves through our feet!…

but one of the most important realizations of this massively difficult shamanic-energetic process of the last few years was that I am ROOTED through my HEART ~ f.e. even when I lie down, stand, walk, cycle, dance ~ I am always rooted!😊

Incidentally, of course, people who always have to lie down or sit in a wheelchair can also ground themselves! This is an imagination skill! – the power of our consciousness!

The hawthorn trees already have their first leaves. I also found it touching that all the hawthorn trees were still standing in the places where many ash, elder, beech and stately oak trees had fallen.

I have a special friendly relationship with hawthorn💝

The roots of the fallen trees were very „short“, the root plates not very pronounced. In many places the earth was thrown up by wild boars. From a shamanic-energetic point of view, this shows a „field“ of aggression, either latent or „suppressed“!   both of which fit in well with the turmoil and challenges caused by the C virus situation. (see what I wrote above about „rooting“)

„Aggression“ can also be interpreted differently than it is generally defined, namely as a „desire and impulse to change for the better, for the constructive“ (I learned this from a psychotherapist more than 26 years ago! It was and still is a VERY important tip! )

and we feel this impulse especially in the C-Situation, but also when thinking about how we imagine a world worth living in and how we (can) LIVE our values!

In places in the forest where previously there were large „empty“ areas, it now appears „chaotic“. This also fits (in the shamanic-energetic interpretation) with the challenges with „polarity contexts“ by C-Virus.

as an example: where before C. .. people were rarely at home and dragged themselves listlessly through the working week to go partying at the weekend, many are now at home for „home office“, often in apartments that are too small, where they get on their own and mutual borders and thus in conflict, since everyone sits too close together and the „shaky balance“ through partying and going out and consuming is missing. But some also learn to enjoy their home NEW!

another example: where in the past people were carefree and sometimes arrogant because they knew about their financial wealth and felt untouchable, the C. situation brought them there to be afraid of losing the independence company, have to start their money reserves, made them afraid of social decline and poverty.

a third example: where people cared about each other before C. and wanted/ had to do with each other, C. has caused the distancing of people to spread very widely – this is partly due to the „fields“ of the struggle, the Criticism, fear, the massive challenges caused by the C situation.

However, the C-Situation has also created many positive opportunities – f.e. more online seminars, live stream opportunities for musicians and „reflecting on one’s own values“ – to name just a few.

I give examples like this as an explanation of the term “polarity context”!

please consider the examples mentioned as „value-free“,
they are simply „examples“ without me evaluating them.
There are thousands of such examples –
if you look carefully into the world, they will communicate to you.

now back to the alluvial forest:
There were many fallen trees at the bends in the river – this is a „primeval forest“, f.e. everything that falls is left lying around – this gives new living spaces for small animals, insects, etc.

The fallen trees show the dying, but in winter it is also relatively „normal“ (more in one year, less in the other) that trees fall and that the forest first of all „shows“ its leaves from last year and thus „colorless“ and the sparseness of its bare branches against the sky ~ only when spring has really begun and the herbs come out stronger again shows the change through the annual cycle and the reawakening of nature become apparent = NEW LIFE

but the cycle of the year is ALWAYS THERE ~ just like the sun is always THERE, even if it is covered by clouds.

I was also very happy about the beautiful forest crocuses 💝 , I love these little „nests“ that they make… :)

some Life is so tender that it needs a detailed view!
Take your time and rest and enjoy the way and THIS NOW!

because THIS NOW is the most important thing there is…
and in the now.. BEING is in the foreground…
give yourself SPACE to BE… ….
the forest, nature, the meadow will help you 😊
and are happy about your BEING THERE and that you are (there)!

With this in mind, I wish you LOTS OF PLEASURE to find ROOTS in NATURE…

I’m happy if you subscribe to my blog :) then you’ll always get a message when there’s something new to tell… Thank you, I’m happy! :) 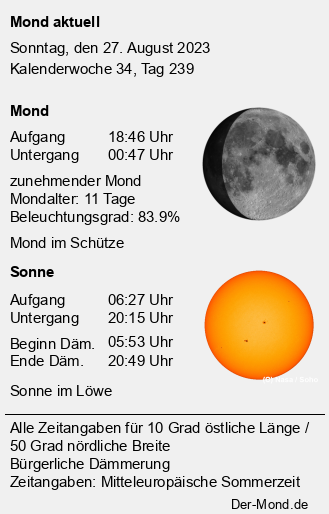